Greetings everybody! As promised, here is my tutorial over how to cross stitch over a crochet project!

These pictures are just an idea of how to get started on your project, if the project calls for multiple colors, make sure you have all those colors. For a project like this one, I try to get specific colored sections done all at the same time so that I have an identifier of where I need to go next on the project. 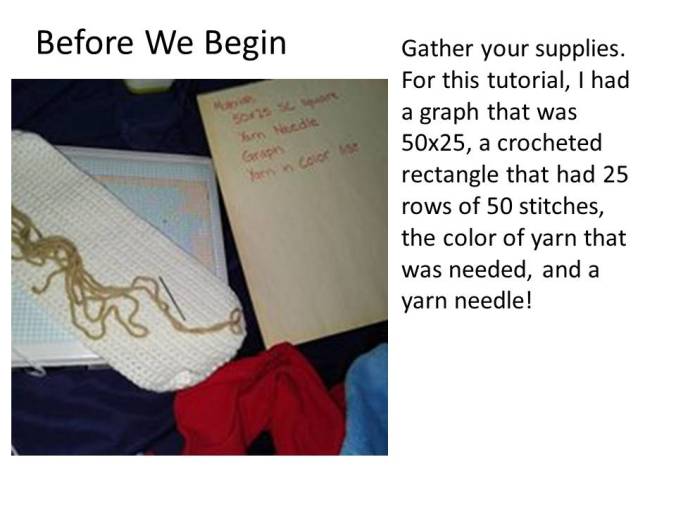 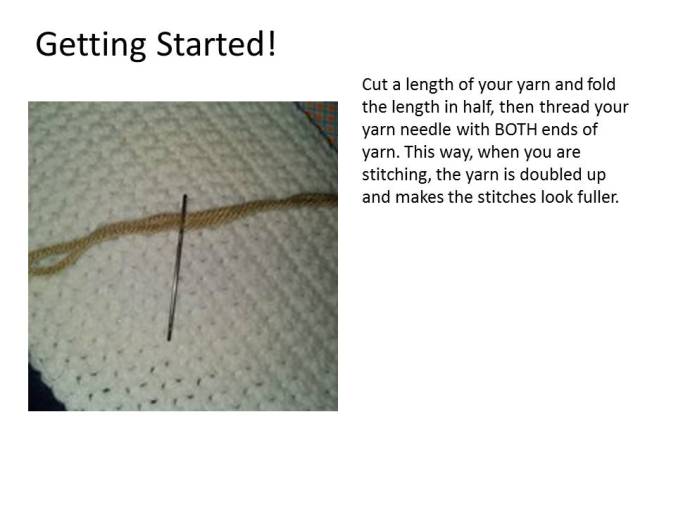 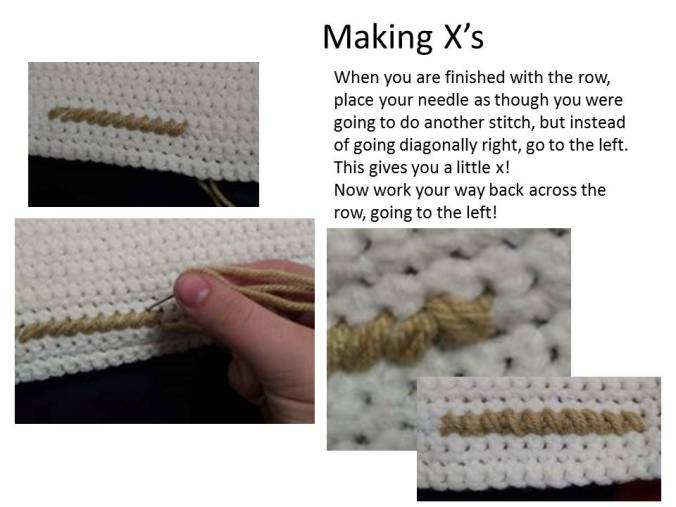 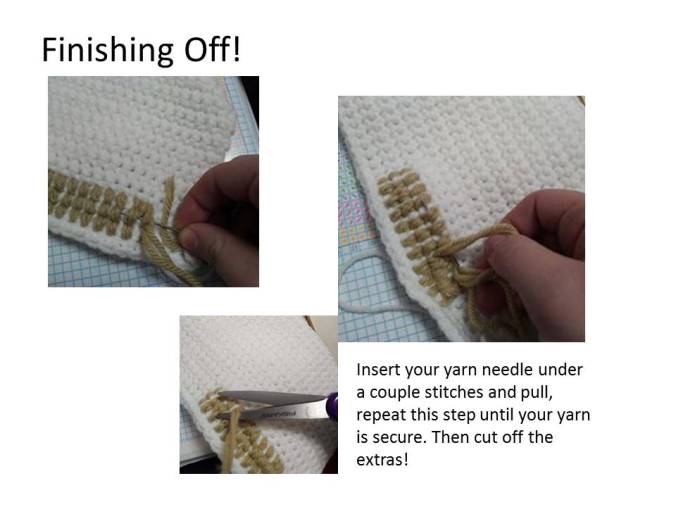 **Disclaimer: These pictures are from a different square! But this gives you an idea of what it looks like when the square is totally done!**

The graphs I used for these particular two squares are from the Chaos and Chop Suey blog’s Friends Crochet A-Long.

Here is a link to her blog: https://chaosandchopsuey.wordpress.com/

And Here is a link to the patterns on Ravelry ($7): http://www.ravelry.com/patterns/library/friends-themed-cal-blanket

Lately, I have been on a bit of a cross stitch kick.  What I like about cross-stitch is the feeling of getting a lot done, even if you have only finished one small section of a graph!  I also like the fact that there are tons of cross stitch graphs out there, as well as crochet graphs can be used for cross stitch projects; and that’s what brings me to this post!  In January, I saw a post in the Facebook group for the Gilmore Girls Crochet Along (hosted by Chaos and Chop Suey, who is amazing) about the hosts’ mother cross stitching the graphs that were part of our CAL and I realized how brilliant of an idea that was!!  But, the longer and harder I thought about it, I decided there might be a way to combine both crafts, crochet and cross stitch.  So, when the Chaos and Chop Suey FRIENDS CAL came out, I just had to try my hand at this method! Take a look at the final result:

On Friday, I will be posting a picture tutorial on how I did this, so stay tuned!

If you didn’t already know, I have a list of crafty things I would like to accomplish before 2017 ends.  One of the items on my list is to learn how to make amigurumi, or crocheted toys and animals.  I have finally attempted to make one animal and it was (mostly) a success!  It took a few tries, and a minor amount of confusion, but I made a teddy bear! 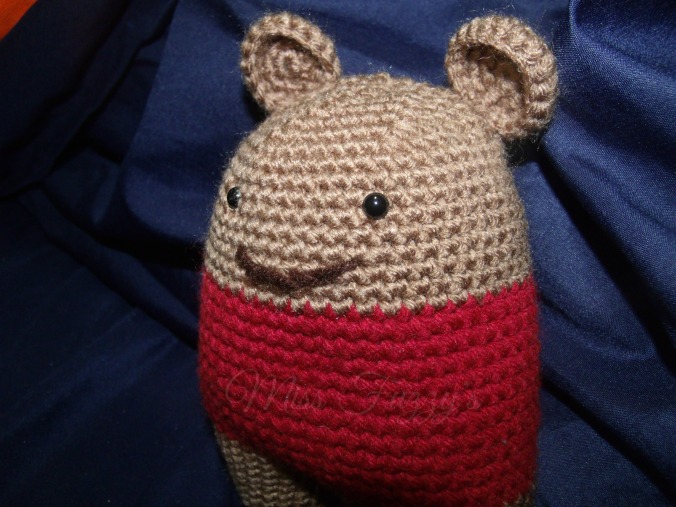 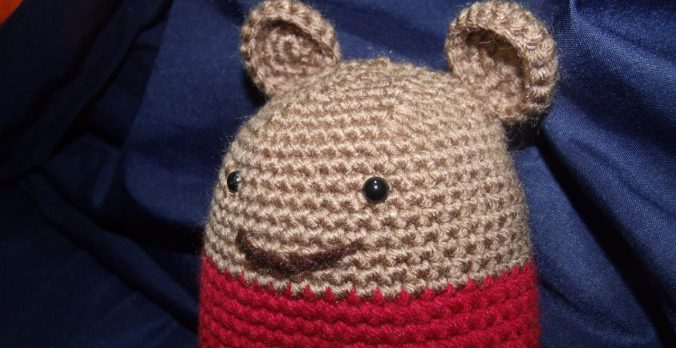 Hopefully all of you can help keep me accountable in actually getting these things crossed off of my resolution list this year, and maybe suggest other new things for me to learn!

Note added on April 29, 2017: The items that have a ♥ next to them are the items that are considered to be completed!